How Do Underwater Plants Grow?

Plants are essential components of our environment, producing oxygen and fixing energy from the sun in the form of carbohydrates. Though most people know less about underwater plants, these plants also form an important part of our natural environment, though in a different way than typical plants. Because many underwater plants are often completely submerged below the water, the process of photosynthesis is handled uniquely in these plants. The challenge of photosynthesis in these plants has formed an area of interest for many people and adds to the list of differences when comparing them to land plants.

What Are Underwater Plants?

Many people take for granted the ability of various organisms on Earth to adapt to their particular environments. Plants are no different, even being able to adapt to the unique challenges that come with an underwater environment. It may surprise many people just how critical plants are to our way of life on Earth, providing us with oxygen and, for many organisms, serving as a major or primary food source. Underwater plants are no different, easily fitting into the niche of their aqueous environment and playing as important a part in their ecosystem as their land plant cousins.

In fact, the term underwater plants is really an informal or umbrella term used to refer to a wide variety of plants, many of which may only be submerged under water for a specific period. For example, the lotus is an aquatic plant that grows underwater, but whose petals and flower can be found emerging from the water, forming an attractive addition to lakes, ponds, and formal gardens in Asia for millennia. In reality, underwater plants often present a unique combination of underwater and above water environments.

Related Reading: Everything You Need To Know About Growing A Formal Garden

So what are underwater plants? Very simply, underwater plants, or aquatic plants, are plants that have adapted to living in an environment comprised of water. Aquatic plants are also referred to as macrophytes, and they can live in freshwater or saltwater environments. In fact, there are several names for this large grouping of plants.

Some common names for these plants include:

Up in the Garden and Down in the Dirt: (Nature Book for Kids, Gardening and Vegetable Planting, Outdoor Nature Book)
Check Price

Naturally, underwater plants, or macrophytes, need to be further classified, as the ways in which plants can live in water can vary significantly. As we have already mentioned, though plants do require ready access to water, some macrophytes can be completely submerged in water while others can float on water, or emerge from the water. 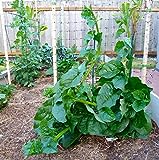 Although macrophytes can be very heterogeneous, we can generally divide them into the following four categories:

The classification of aquatic plants, or macrophytes, can be further expanded, based on how much of their lifecycles they spend in the water, with some aquatic plants completing their entire lifecycle submerged and others completing only a portion of it underwater. This can be seen visually if one takes a glance at some plants that grow in lakes and rivers. Some plants may emerge from the water; some plants may have their leaves and roots completely outside of the water, though they initially grew underwater, and the like.

In terms of the use and commercial importance of aquatic plants, like other plants, these organisms are frequently used as a food source, especially in parts of the world where these plants may be more numerous or may have a particular cultural significance, as in Asia. Some examples of aquatic plants that are consumed by humans as food include watercress, water spinach, Chinese water chestnut, and water caltrop. 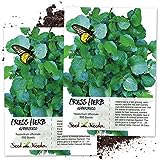 These plants also have potential applications in the health industry, with some macrophytes of freshwater presenting a possible source of anti-oxidative and anticancer treatment. The study of these plants and all their human applications is referred to as aquatic botany. Macrophytes are important to wetlands, being used to remove excess nutrients from the water, helping to increase the density of invertebrates and fish.

To get an idea of the sorts of species classified as underwater plants or macrophytes, the following short list is provided:

The Stages of Photosynthesis in Underwater Plants

Photosynthesis is one of the things that make plants, well, plants. This is the process by which energy in the form of light from the sun is fixed. It takes place in both land plants and underwater plants. Aquatic plants can be quite variable. Some are completely submerged, and others have their leaves and even their roots above water. So, you can see that photosynthesis in these plants can be very similar to the process in land plants, or it can be very different.

Photosynthesis mainly takes place in the leaves, which contain chloroplasts. These molecules allow plants to absorb light. Because plants generally absorb blue and red wavelengths and reflect green wavelength, they appear green as they reflect most of the green. Photosynthesis results in the production of sugar. This sugar is used by the plants themselves to fuel various processes necessary to the plant, like growth, reproduction, and repair. This sugar can also be used by other organisms as a food source.

Related Reading (on the opposite end of the spectrum!): Growing succulents that need hardly any water

An important fact to note about photosynthesis is that it involves more than the absorption of light. It also removes carbon dioxide and releases oxygen. This is why the preservation and proliferation of plants and trees on the Earth are so important to human beings. Human beings and other animals would not be able to live if it were not for these gas exchange aspects of photosynthesis.

Photosynthesis in underwater plants involves two stages, just as it does in land plants.

Again, these stages are the same in aquatic plants and land plants. The difference comes in terms of how aquatic plants are able to take in carbon dioxide for use in the second stage. This is a gas most commonly produced by animals and found in the air. Aquatic plants that have leaves outside of the water may engage in this gas exchange much like other plants. But plants that are totally submerged have to pick up the carbon dioxide that is diffused in water. They use various strategies to accomplish this, like smaller leaves, leaves without a waxy layer, and the like.

In reality, being completely or partially located in the water presents some major challenges for aquatic plants. They have adaptations that allow them to obtain carbon dioxide and other materials they need. However, aquatic plants that are totally submerged still have to deal with having less access to sunlight than most land plants. In spite of this, aquatic plants manage not only to survive underwater, but many undertake much of their growth underwater. And as we have seen, this unique grouping of plants has managed not only to survive but to proliferate into additional species.

It comes as no surprise that underwater plants have long presented a unique source of fascination for people. They are singular in their appearance, like the water lily whose flower has emerged from the water, but whose body remains hidden. But they also fascinate in their ability to propagate in spite of having sharply reduced access to necessary gases and sunlight.

How to Grow Your Own Tea Plant

Felco Pruners Review: We Take a Look at the Quality

Photosynthesis: The Food Factories in Action