The Pros and Cons of Bush vs. Pole Beans

Beans and the home gardener, perfect together

Fresh beans, whether pole or bush varieties have much that commends them to the home gardener. Beans are relatively simple to grow and tolerate a broad range of soil and climatic conditions. They produce bountiful crops with minimal care, and are rich in vitamins and essential minerals. Not as widely known is that beans – and here we are speaking specifically of green or string beans – fairly burst with anti-oxidants. These include carotenoids such as lutein, beta-carotene, violaxanthin, and neoxanthin and flavonoids including quercetin, kaemferol, catechins, epicatechins, and procyanidins.

“Eat your beans”, Grandma said, “They are good for you!”

Best of all, beans are both versatile and flavorful. They may be served cold in salads, boiled or steamed, or used as components in soups, casseroles and chilies. They may be dried as a simple preservative measure and reconstituted later by soaking in water. They may be frozen or canned.

For all of these reasons beans are one of the world’s best known and most popular vegetables. 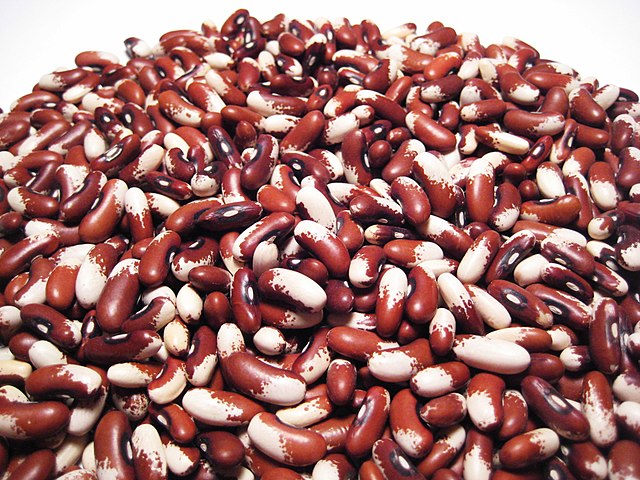 Most common bean varieties including green beans, Romano, yellow wax, Lima, kidney and most shelling or horticultural beans are available in both bush and vining varieties. The latter are also known as indeterminate or simply as pole beans.

Bush varieties rarely exceed 24” in height and are self-supporting. They are ideal for raised bed culture. Pole beans require support and may grow up to 8’ tall if properly tended. Support may be provided by almost any trellising material including wire cloth, poultry wire, string mesh and as the name implies, wooden poles.

A garden that has been fenced to exclude deer and rabbits has a built in trellis ready and waiting. The two sides of the garden fence farthest from the suns path may be utilized in this manner without shading other crops.

However, beans do not fare well if planted in the same location year after year; it’s best to shift the bush beans from one bed to another each year and to move the pole beans away from the garden fence every other year. The fence will work equally well as a trellis for cucumbers or the smaller squashes.

Generally speaking planting times and instructions for bush and pole beans are similar; both are planted after all danger of frost, 1 to 2 weeks after the last frost date for a spring planting. The yield per plant, however, varies and always favors pole varieties over time.

Pole beans if picked continuously will continue to provide a steady crop almost until the first fall frost date. Bush beans will deliver the bulk of their crop over a two to three week period. Continual picking will extend the crop somewhat but will never out yield pole beans, plant for plant.

However, successive plantings of bush beans will go a long way to catch up to pole beans productivity.

This tendency of the bush varieties to produce lots of legumes in a compressed time frame makes them popular among those who freeze or can their beans as fewer canning sessions are required to preserve large quantities. Those who pick direct to the table tend to prefer pole beans and their longevity.

Examination of any seed company catalog or web site will reveal that bush beans outstrip pole beans in varieties available by a factor of almost three to one. This is mostly because of the perceived ease of growing bush beans – no trellising – and rarely takes the length of the growing season per plant into account.

On the other hand, heirloom varieties and some of the more exotic strains of shelling or horticultural bean are almost always pole grown. Some excellent sources of bean seeds and culture information can be found at the websites of The Vermont Bean Seed Company, Territorial Seeds, Baker Creek Seeds, Sustainable Seed and many, many more. The dedicated gardener will mix, match and experiment until he or she finds the perfect bean crops for their garden.

The dawn of agriculture is currently placed at about 10,000 BCE, subject to further discovery, in places like Western Asia, Egypt, India, the Americas and New Guinea. Not surprisingly, with the exception of New Guinea beans seem to be one of the very first crops deliberately planted and tended.

Beans are easy to grow and to store and have high nutritional value per unit of measure, this increases their usefulness.

Worldwide production of beans in 2005 was 18 million metric tons, worth 11 billion dollars in US currency.