The Secret Life of Compost

Every gardener loves compost and so does every plant the gardener grows. Compost does so many good things for soil and by extension, plants, that this must be so. For example, adding generous amounts of compost to compacted or high clay soils improves the tilth thereof while opening the soil to drainage when too much rain has fallen too quickly. Conversely, well composted soil will hold more water than will un-amended soil in dry weather.

Generous applications of compost can stabilize the pH level of marginal soil and, once acted upon by microbes and earthworms, compost becomes a rich organic fertilizer delivered directly to the root system of the plant it is intended to benefit. 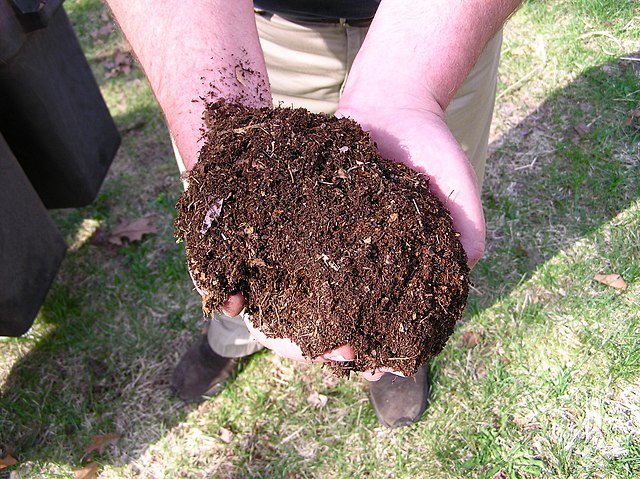 Yes, compost is beneficial, but how does it transform from a heap of grass clippings, leaves, stable sweepings, fermented sawdust, kitchen scraps and myriad other components into the pile of black gold that every gardener swears by?

It helps to realize that compost is not simply a dead mound of plant and other organic materials. It teams with life forms of many sizes and classifications. It is these numerous life forms which do the real work of creating compost. We humans merely pile the debris and turn it over now and again. The micro and macro organisms that call a compost pile home on the other hand, never sleep.

Lean in and examine the surface of the pile. There are ants, woodlice, flies, spiders, beetles, millipedes, centipedes and many other visible but not readily identifiable invertebrates. Some are eating compost, breaking down the crude mass of it while others are preying on the compost eaters. Both are digesting, excreting, dying and decomposing and by doing so adding their own unique nutrients to the transforming mass.

As above, so below, peel back a layer of compost and even more invertebrates show up, notably earthworms, sow bugs, flatworms, rotifers and more. The interior of the pile teems with life and despite all that is visible, the bulk of it is microscopic. Bacteria, fungi, and actinomycetes abound. Actinomycetes are microorganisms which break down tough substances like chitin and cellulose. They are important in the production of antibiotics, but also to the production of compost.

Aerobic bacteria do the lion’s share of composting. Pick up a single handful of working compost; there are millions of bacteria in that tiny sample. They are a diverse group of organisms, and can eat nearly anything commonly found in a compost pile. They use carbon substances for energy, nitrogen for cell building and they do this by means of oxidation.

It is the byproduct of oxidation–heat–which cooks the compost pile and causes the acute temperature rise which in turn aids in the physical and chemical decomposition of the material within.

When we turn the compost pile we give the bacteria the dose of oxygen that they need to work at maximum efficiency. Starve them by not turning the pile and the result is a majority of anaerobic bacteria taking over. This results in less efficient decomposition, harmful by products in the compost, and a dreadful stench.

Really, folks, you need to turn that compost now and then. Ten billion bacteria can’t be wrong.

Not only are there bacteria working in the pile, they work there in seasonal shifts.

First, psychrophilic (cold-loving) bacteria start the ball rolling, working the pile from internal temperatures as low as 30 degrees, peaking in activity when the pile reaches 55 degrees and continuing until a threshold of about 70 degrees is reached.

At that point the second shift comprised of mesophilic bacteria clocks in. These support rapid decomposition and faster heat rise within the compost. When internal temperatures reach above 100 degrees, they begin to be replaced by the third shift, the thermophilic or heat-loving bacteria.

The thermophile’s really light up the heap, taking the temperature as high as160 degrees. So high is the heat and decomposition rate that these tiny life forms have usually finished their work in 3 to 5 days, unless more fuel is added to the pile in the form of organic matter.

The temperature gradually lowers and the mesophiles once again take over. More complex bacteria–the actinomycetes already mentioned–as well as fungi join the process, until the compost is essentially ready for use.

What happens to completed piles of compost that are allowed to overwinter? The process just described does not resume the following spring, there is not enough material left to support the cycle unless more is continually added.

Neither is the compost heap simply dead, either. Psychrophilic bacteria will be present, as will many of the macro organisms already described. Most prominent of the latter will be the earthworms, from tiny red wigglers to large and fat night crawlers, they busily consume a second-year compost heap. And this is a very good thing.

As they chew their way through the pile, they concentrate the potassium, nitrogen, magnesium, and other nutrients into a soluble form accessible to plants. These are excreted in tiny pellets called castings which are nothing less than a safe, organic fertilizer.

And so we see that compost is the result, not merely or even primarily of the gardeners’ activity but of that of an entire ecosystem. Dedicated to maximizing the potential of the pile to sustain their own lives these miniscule creatures unwittingly aid the gardener in sustaining his as well.

Garden soil is a complex mix of inorganic mineral particles and organic carbon-based plant matter combined with air and water.

Four basic components of soils are highly variable, but typically may be:

How to Plant Grass Seed on Hard Dirt

Everything You Need to Know about How to Plant Cucumbers

How to Clone Weed Plants by Yourself

How to Plant an Avocado Seed Correctly