No one likes putting chemicals in their garden when there is no need. But are organic weed killers better than the stuff that companies make in laboratories?

Here we have an in-depth look at how the three most common organic weed killer bases work and the pros and cons of each. Then in the summary, we decide if they really are better than their scientifically made counterparts 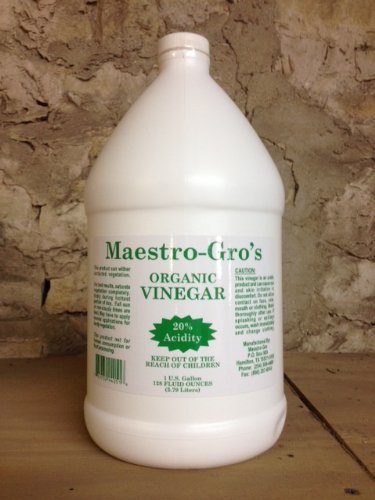 Vinegar is a very common base used to make weed killer. You can buy particular vinegars off the shelf yourself and make a concoction up. Some companies also use vinegar as a base for their organic weed killing solutions.

Vinegar strips off the protective waxy coating from the weed and dries it out when sprayed onto the plant.

If you have weeds growing in a garden bed, a vinegar based weed killing solution is a great choice. It will kill the weeds you spray. Any residue will most likely fall onto the soil and in small amounts this isn’t a big deal. (see cons below)

Vinegar is natural and an organic product.

It is possible to save a plant you may have sprayed if you act fast.

Unfortunately you can’t raid your kitchen cupboards for weed killer. The vinegar you need is at least 10 percent acetic acid (you can use 20% also). It is available. Typical vinegars are 5 percent and that isn’t strong enough.

Although unlikely, spraying residue that hits the soil can affect other plants if there is enough residue. Vinegar when sprayed onto soil will change the ph level of the soil. This is easy to combat with some dolomite lime if you think you have overdone it. 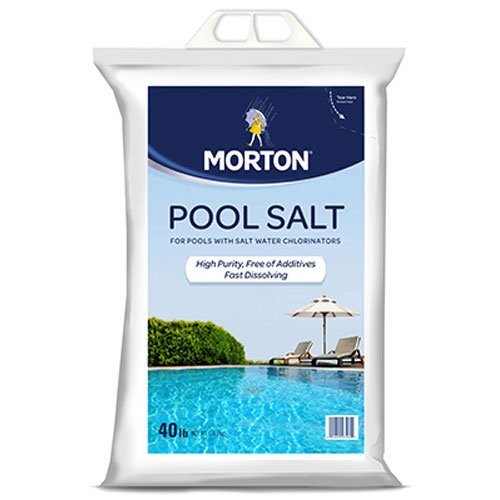 In essence, salt dehydrates the weed. It stops the weed from absorbing the nutrients it needs out of the soil because the salt has tainted the water and soil.

All you need to do is get a bucket of preferably hot water (makes mixing easier) pour in some salt (I usually do about 1/4 of the bucket – which is still considered weak), stir and then pour on your weeds. If you aren’t seeing results in 1-2 weeks, then up the ratio to ⅓ or even ½.

Just pour it on and wait.

Salt doesn’t discriminate. Because it essentially poisons the water where you pour it. If you pour it next to a plant you want to keep, the best course of action is to over water that plant, to help dilute the concentration of salt and hydrate the plant

If you’re planning on planting something in a few years where you’re pouring salt now you may want to switch to something with a little less longevity. However for most homeowners i think they will see this as a pro more than a con, especially around driveways and paths.

If you have a labrador or another pet that likes to eat everything then keep an eye on what you’re leaving on the weed. If there are piles of salt (from the mixture not being mixed properly) your pet could ingest them and it may cause an issue. 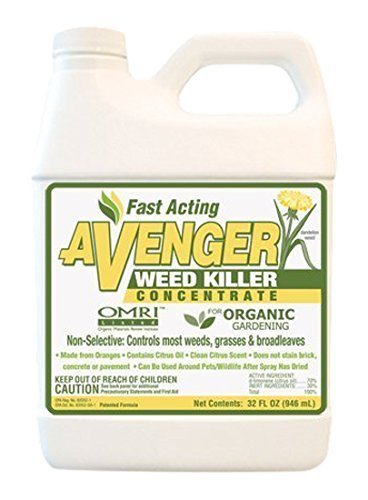 Like vinegar, when sprayed citrus oil strips away the waxy coating on the weed, drying it out. The active ingredient ‘d-limonene’ comes from squeezing oranges after the orange juice is removed.

Easy to spray and use. Doesn’t have the lasting effect of salt.

Because it’s natural it’s safe for pets, children and anything other than weeds.

Like the rest of the organic weed killers in this list, whatever you spray will be affected.

If you’re used to using products like roundup you may be a little disappointed in the results with organic citrus oil weed killers. They are not as strong, and can take multiple doses to kill weeds.

Killing weeds is a part of having a yard and garden. And for most people it’s about convenience. These organic weed killers are a great way to keep your weed population down, and save more time than going around and pulling out every weed.

The average homeowner shouldn’t need to buy scientifically created weed killer, although for those with large yards and areas to weed. As those homeowners may not have enough time to spray weeds individually.

Thanks for reading and I hope this has answered some of your questions regarding organic weed killers.

Hi my name is Zac!

When my wife told me that i needed a new shed it started an outdoor obsession that ran into everything from outdoor improvements, to growing food and everything in between. You can see what I’ve done and how to do it for yourself at ZacsGarden.com

The Best Wheelbarrow to Buy for Your Garden in 2020

A Review of the Garden Genie Gloves: Are They Worth Buying?